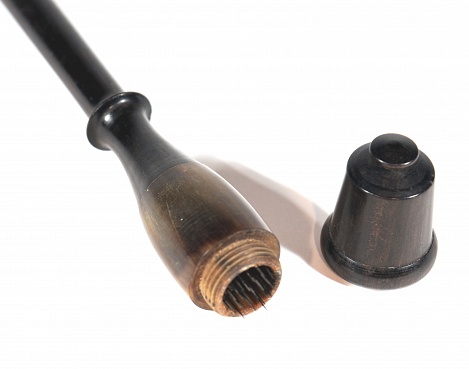 Description: 10” long, made of pressed horn. A cap unscrews from the end to reveal a plate with numerous sharp needles. The other end is a 2” rod which can be pulled back activating a spring. When the rod is released the needles thrust forward to perforate the skin. See another one in a cased set complete with the fluid that was used to induce blister formation. This is sort of a “humours” approach with the concept that by applying the oil to the skin, then piercing it with the needles blisters would be formed that serve to allow the cause of the illnessto leave the body.