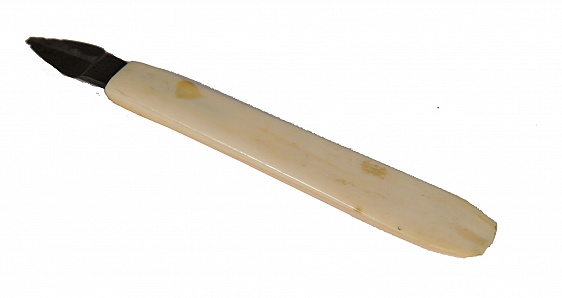 Description: 5.25” ivory or bone handled knife, the blade is oval and tapered to a point, signed Jonathon Crookes with a pistol emblem on the steel blade. The handle is flat and tapered to the end which is the narrowest point. Shown as an ink eraser in most catalogues but an example of a controversial instrument. They are contained in many medical chests and so were commonly used by physicians. It is not unlikely that prior to concepts of sterilization, they were made use of for both purposes.